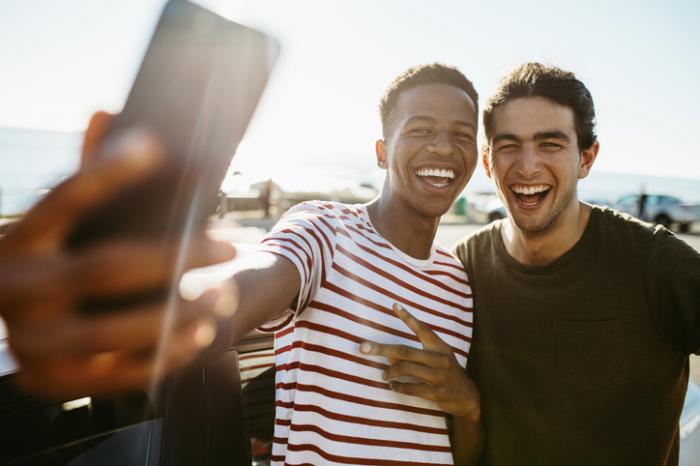 More than any spring breaks of the past, driving is the hot choice for many of us looking for a change of scenery, where we can keep to our pods and enjoy the open road.
Of course, travel isn't quite the same as B.C. (before COVID).

This year, "spring break" means less partying (unless you're an unfazed college student) and more open-air experiences and nature, preferably in less-traveled parks, shores and small towns. Here are a few places where LGBTQ adventurers can seek out queer-friendly ... 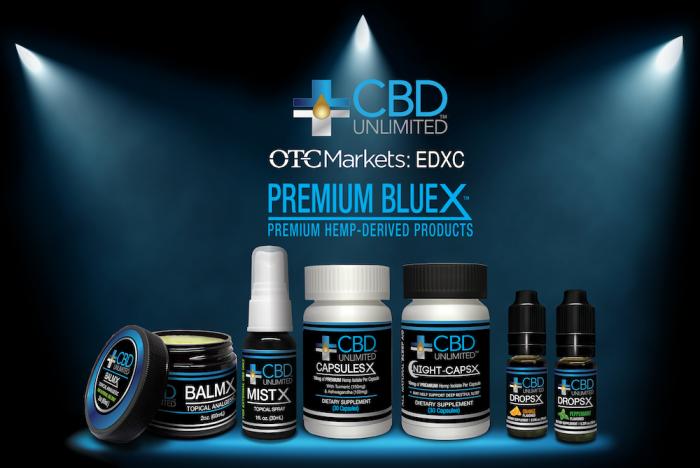 With the budding cannabis industry comes a whole lot of new terminology. Cannabinoids, terpenes, full-spectrum, CBD isolate — they're not just words for insiders. They're vital to understanding how CBD works and how it may help your body and mind.
One of the more intriguing is the entourage effect. Like many of the other terms, it requires some explaining.

EDGE spoke with CBD Unlimited founder and CEO Todd Davis to better grasp the entourage effect and its context around CBD (cannabidiol)...

Pushing Through the Winter Blues with CBD

With winter chills may come winter blues. Even if you're not one of the estimated 10 million Americans suffering from seasonal affective disorder (SAD), bouts of depression, insomnia, irritability, weight fluctuations and other symptoms may take their toll on your wellbeing.

Thankfully, there is good news from the cannabis world. CBD (cannabidiol), one of the hemp plant's abundant cannabinoid molecules, works with the body's endocannabinoid system to help our nervous, digestive, endocrine... 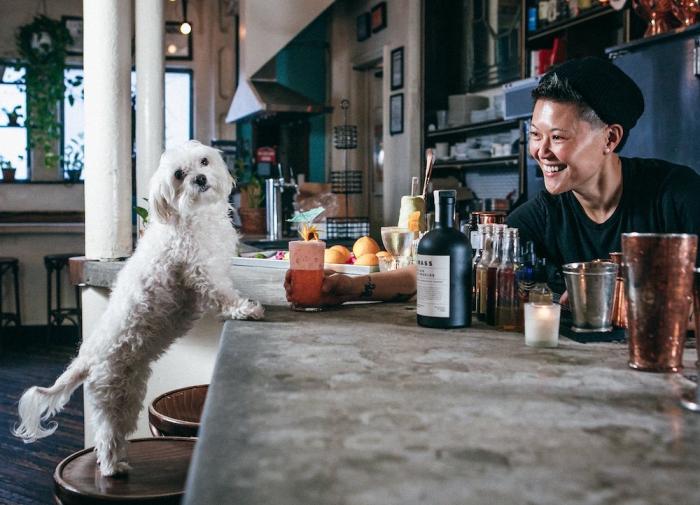 Mixologist Fanny Chu on the Future of Queer Cocktail Culture

Award-winning mixologist Fanny Chu is quick to talk about the value of fruit-juice pulp, homemade orgeat, and other fresh cocktail ingredients. But when it comes to the term "organic," she's likely referring to bar culture.

Chu was the last head bartender of Donna, the beloved Williamsburg, New York cocktail club that shuttered in late 2020. Like so many other neighborhood favorites, the pandemic took down Donna, and with it, a Brooklyn bar that understood the kind of environment in which LGBTQ patrons want to drink. But it wasn't necessarily a gay bar.

As Chu explains it, queer folks... 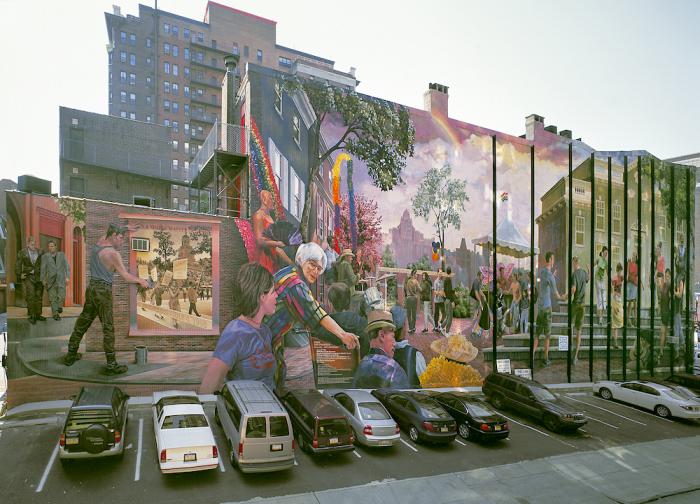 Take it Outside: Our Favorite LGBTQ Murals in the US

From graffiti to high art, murals are some of the country's most glorious sights. Often, they reflect and honor local communities, with ever-more LGBTQ artists expressing themselves through colorful murals in cities from coast to coast.

There is a risk behind mural art, however. As part of urban streetscapes, murals often are impermanent and subject to every building's and neighborhood's evolution. Even when commissioned, a mural can be lost all too easily — as was the case recently in Philadelphia, when a mural of the late LGBTQ community activist Gloria Casarez on South 12th Street... 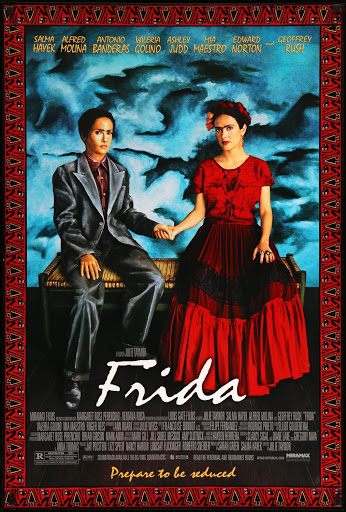 7 LGBTQIA films to inspire your next trip

Over these past many months, staying home has become its own kind of adventure. And even though we’re (temporarily) not the wanderers we once were, many of us have grown accustomed to channeling the adventure of travel via the glories of Hulu and Netflix. For LGBTQIA folks, movies about faraway places feel even more enchanting when they portray our community. So, spark up your streaming devices and break out the popcorn for these queer classics that will inspire your travel imagination—and get you planning a future trip. 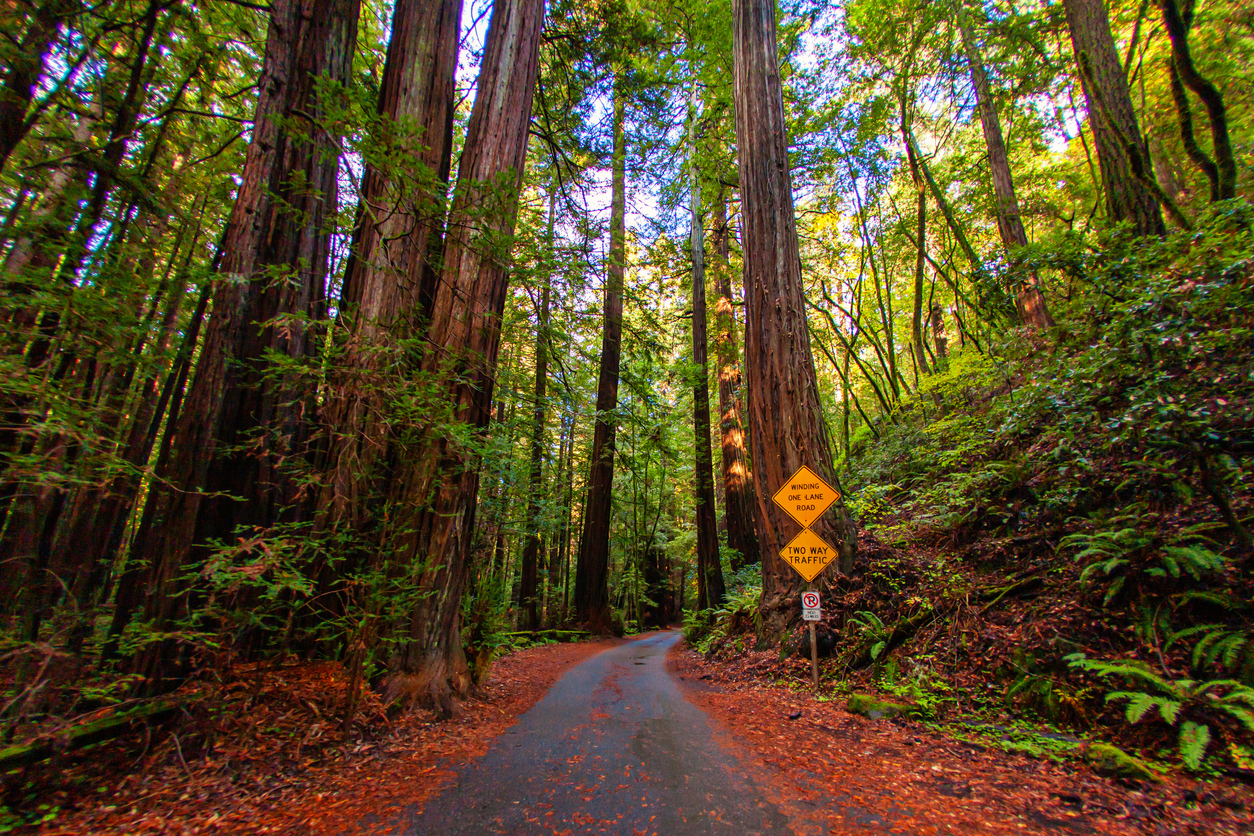 Can’t we all use a mini-break right about now? Day trips are just the ticket for a change of scenery, and perfect for overnight jaunts sans airports. For LGBTQIA travelers, it’s also prime time to discover new, gay-friendly destinations where local communities welcome you with rainbow colors. Here are our favorite flash trips from big cities for you to explore now. 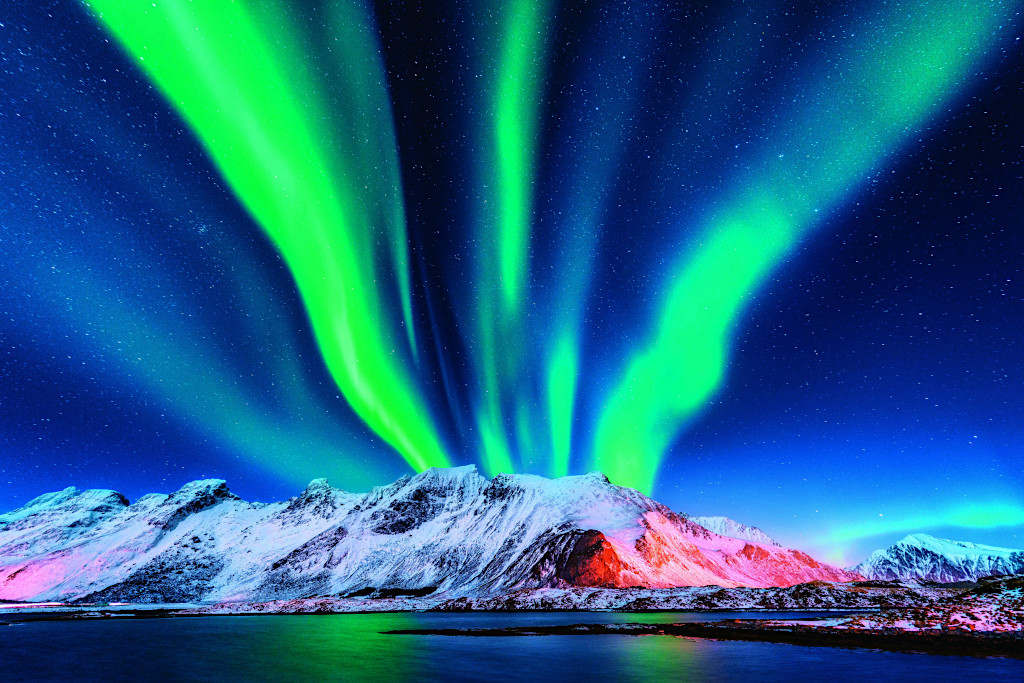 In Search of the Northern Lights in Norway

Before I ever laid eyes on the northern lights, I asked nearly every Norwegian about them. I heard that the nocturnal spectacle was beauty incarnate. That the lights dance across the sky, washing it in green, purple, and occasionally red, orange, and gold. Sometimes they appear as ribbons, sometimes as broad hazy sheets, sometimes like flames bursting upwards, then rippling back down.

I also heard that the northern lights are unpredictable and elusive. That part is true indeed... 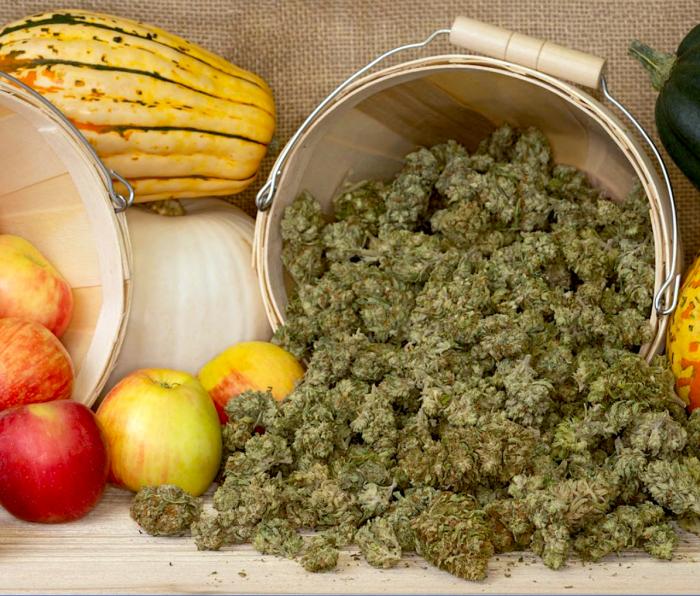 With so many potential benefits and ways to experience, cannabis keeps surprising us. Oregon's Tweedle Farms is now offering something new to many consumers: non-psychoactive flowers.

First, let's rewind. Years ago, many considered hemp and marijuana to be the same thing. Though both derived from the cannabis plant, the big difference is THC. Marijuana contains THC, the primary psychoactive compound that results in the marijuana "high." With the passage of the 2018 Farm Bill, CBD became a buzzword for health and wellness, with the promise of pain relief, better sleep and reduced stress... 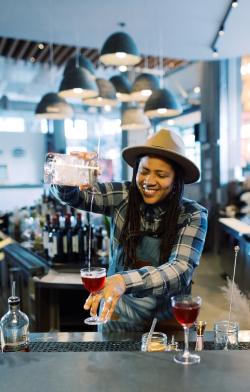 Delicious Experiences Redefines the Culinary Future, One Virtual Meal at a Time

For Delicious Experiences, the possibilities for cooking, mixing, eating, and drinking entirely online are only just beginning. 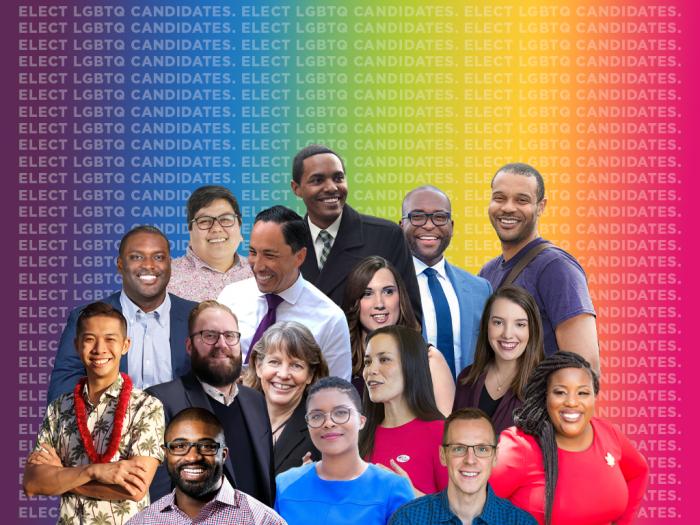 How LGBTQ Voters and Candidates Could Change America's Landscape

Last year, Wisconsin State Assembly candidate Jessica Katzenmeyer awoke from a three-day coma caused by a sudden, severe respiratory infection. She recovered and was released from the hospital a few days later, only to be slapped with an $80,000 medical bill.

"Eighty thousand dollars to save my life," she says.

During her recovery, Katzenmeyer found herself wanting to heal more than herself — and kept returning to the idea of running for office...If Katzenmeyer wins the battleground district in November, she will be the state assembly's first out trans member within a major swing state. 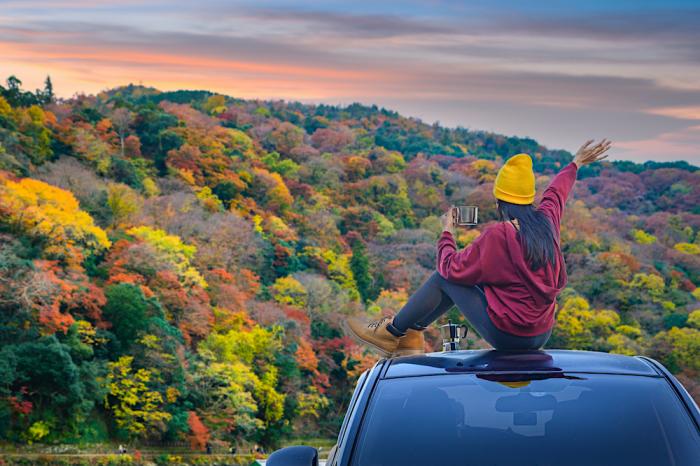 By Kelsy Chauvin and Matthew Wexler
You had to stay home, Now you want to travel. When you're ready, We're ready. (Sponsored by Orbitz.)

Pride on the Half Shell in Providence
Seafood lovers, rejoice! Fall is here, which means Rhode Island's extra-yummy cold-water oysters are back in all their briny glory. In Providence, travelers will find tantalizing choices for bivalves all over town, especially in Federal Hill, home to fresh-catch restaurants like Providence Oyster Bar and Capri Seafood. Better still, they're... 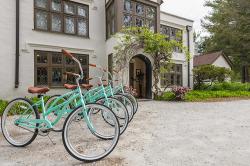 Live Here? Go There: 5 Road Trips to Get Outta Town

You had to stay home, Now you want to travel. When you're ready, We're ready. (Sponsored by Orbitz)
by Kelsy Chauvin
Summer 2020 is a road-trip kind of season. Across America, travelers are taking to the beaches, mountains, lakes, and forests to catch up on fresh air and nature. To help you refresh and decompress the gay way, we've compiled this tip sheet for your very own LGBTQ mini-break from five major U.S. cities. Gas up the car, pack up your travel cooler, and let's roll... 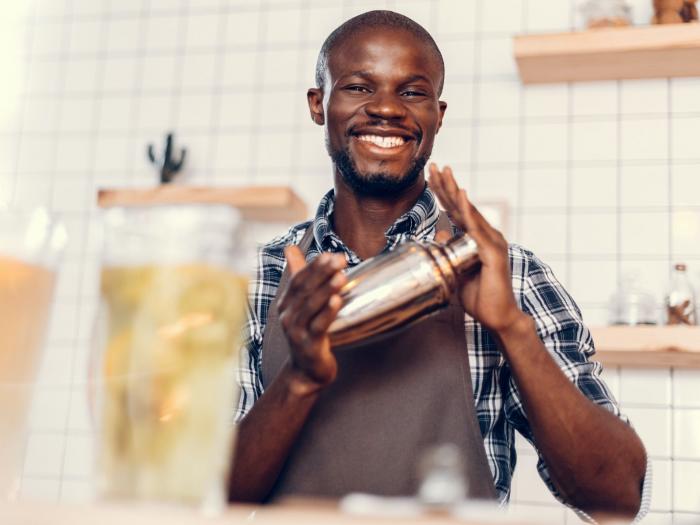 Travelers thirsting for faraway discoveries may delight in channeling their cravings directly into cocktail glasses. In my home, we've practiced the "art of the pour" to conjure sunny beaches of the Caribbean (Pina Colada), the agave farms of Mexico (Margarita), the salty harbor of Oakland (Mai Tai), and the rosy side of Minneapolis (Cosmopolitan).
Alas, no beverage tastes quite as good at home as in the actual destination. But it sure is fun to try! Here's a shortlist of classic drinks to... 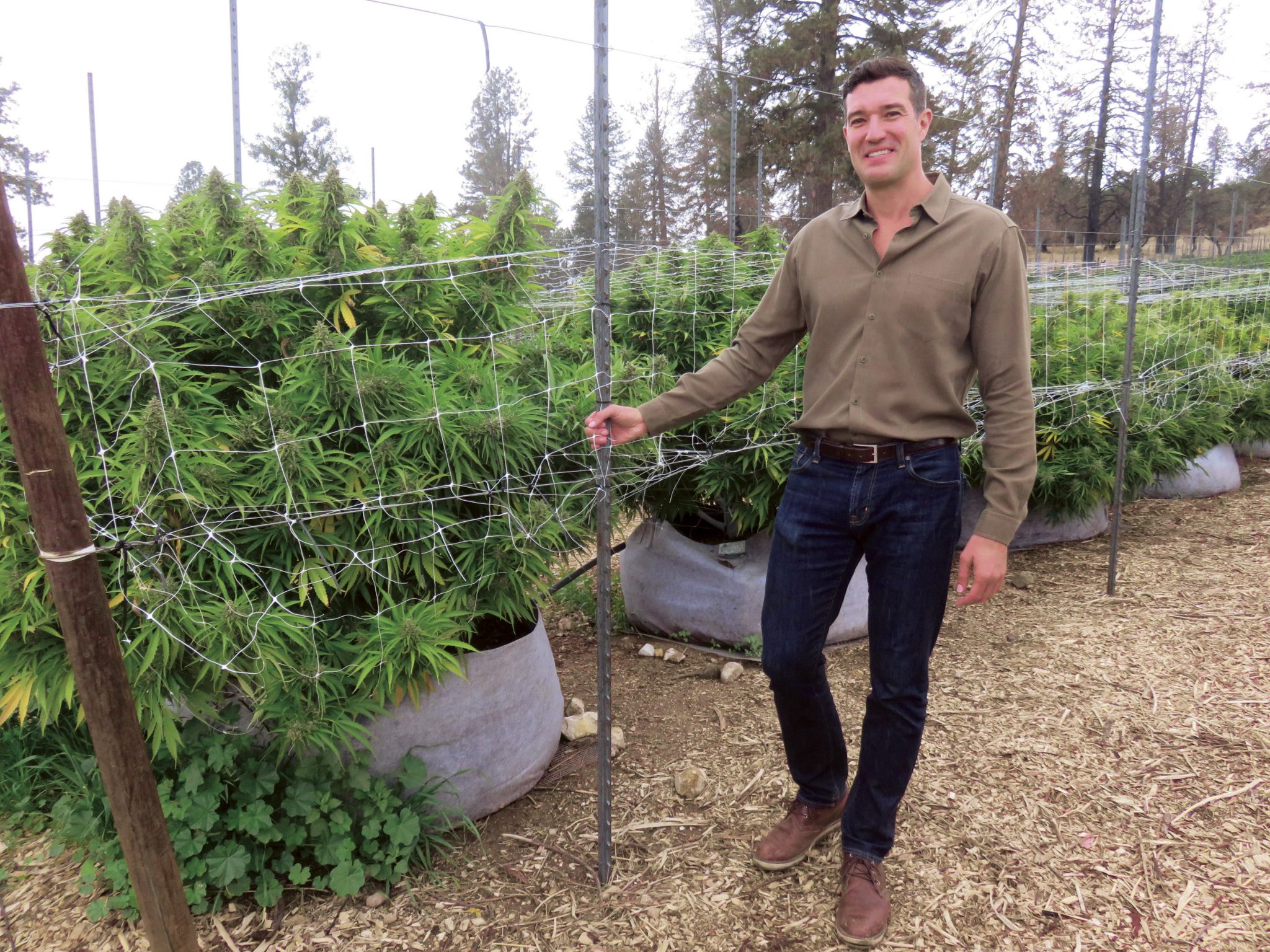 Marijuana plants are finicky. They need the perfect amount of sun and water, plus mild temperatures. Their soil must be balanced with the right nutrients, and there shouldn’t be too much humidity. Then, even once the plants grow several feet tall, they may turn out to be male, which is helpful for plant reproduction, but not for bearing buds rich in THC and CBD cannabinoids. This sort of knowledge is the foundation of Erich Pearson’s work. Pearson, 43, is founder and CEO of SPARC, a cannabis ...